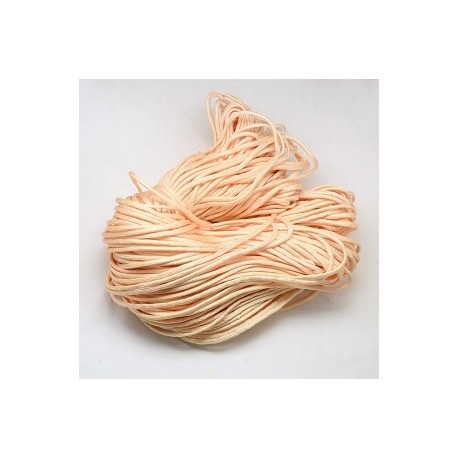 Price per linear meter
If you need 10 meters lot 10x then add to shopping cart we send in one .

This product is no longer in stock

No reward points for this product.

Parachute cord (German. Parachute canvas) paracord or 550 cord is a thin, lightweight kernmantel rope of nylon, which was originally used in the suspension lines of US parachutes during World War II. After the jump, the paratroopers found this cord useful for many other purposes. Today paracord is not only used by the American forces as a versatile all-purpose rope.

The outstanding properties of paracord which soldiers appreciate so much, of course, are also useful for civil applications. After the Second World War was first Paracord, later available as a committee of the US military as an ordinary product. Although some commercially available products are manufactured to military specifications, there are also those which, although marked as paracord a specific type, differ in form and quality from the original. Paracord of poor quality has less filaments in the core or sheath, a core of loose fibers instead of single fibers or other material as nylon. The military standard envisages only two colors for the shell, Camouflage Green 483 or the natural color of the nylon. Commercially available paracord comes in different colors.

From the military use of the enthusiasm spread to civilian applications. So z. B. bracelets (Bracelet), lanyard and belt were made than ever at his supporting rescue cord. As a safety strap to knife or keychain find colored Paracordschnüre an increasing popularity, the most diverse nodes are applied.

Product may differ from the image.

No customer reviews for the moment.

30 other products in the same category: